A looooooooong time ago, I lived in a ward, with a great Bishop. (Now he's Uncle Mike) And he would set goals for the ward every year, just 2 or 3 measurable goals. One year we were to give out TWO Book of Mormons. That summer I flew to San Diego for a friend's wedding. On the trip home, I met a Med Student from MA, and we talked about the church, I got his address, and sent him a Book Of Mormon. I never did hand out the 2nd B. o. M. that year.

Today, I was loading the kids up in the car, and there was a guy sitting in a drivers' seat of a car parked next to me, and he was reading. The thought came to me, to give him a Book of Mormon. NO WAY. HE WOULD SO THINK I WAS A WIERDO.

I had one in my drivers' side door, I read it while waiting for kids, etc. But it's one I've hung on to since a friend of ours in Bloomington passed away. At her funeral they handed out a Book of Mormon, with one of her last entries in her journal taped to the front. One of the most powerful testimonies I've ever heard. I didn't want to give it away!! But what was I doing with it? Why not give the opportunity of the truth to someone else? So I did it. I got back out of the van. I said some horrible thing like: "Do you want to read something that will change your life? Something told me to give this book to you, it has a note in the front from a friend a long time ago, but I hope you like it." And then I left. No contact information, not even the name of the church building or anything - just the testimony faded in the front, and a water damaged, wrinkled Book of Mormon, that was 8 years old.

But what the world needs now?? More Truth, and Less Hate. So if you want a FRESH CLEAN FREE Book of Mormon, you can get one here.

By the way, it CAN change your life. Yes Yours. Pick it up, read it again, or get yourself one.
Posted by Lucy at 1:41 PM 10 comments:

I'm having trouble finding the people that can turn a positive spin on this Obama Presidency.

I used to think B.O. was doing o.k. in Afghanistan, but now he's showing weakness. My friend Emily and I were chatting and she made such a good point. She said either put the troops where they're needed, or get them out of there. I mean taking no stance is worse than either of the other two choices here.

At least Bush knew what he wanted. I mean he was accused of being a bully, but seriously at least you knew where he stood.

I remember watching him walk out to take the oath (botched) and he seriously looked like he didn't have a clue. And now, we see, he didn't. Everyone criticized Sarah Palin, as if "on the job" training would be the worst case scenario. Well now we're seeing what it looks like. And it's a lot scarier when it's the President.

And I'm just going to go here, because I've heard that those who oppose B.O.'s policies are doing so because of race. Well, I believe that there are those who use that card, that if Obama were able to solve all the world's problems there would be those who would still not like him because of his Race. It's unfortunate, ignorant, and unbecoming of a true Patriot. However, I submit, that there are those, who do not like Me, because of the color of my skin (well probably for a lot of reasons). This Racism thing goes both ways. Because I don't agree with anything Obama is doing doesn't make me a racist, it makes me an avid conservative. So to those accusatory fingers pointed at me, start picking your nose, you've got it all wrong, just like your president.
Posted by Lucy at 11:25 AM 3 comments:

Baby Poop Wall Update. What do you think? 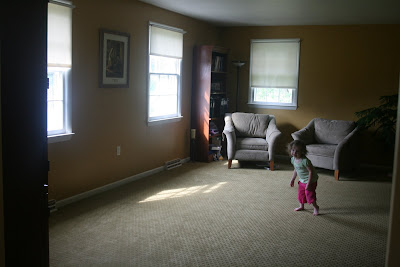 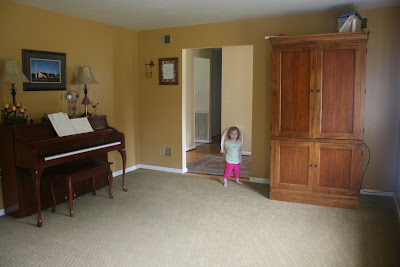 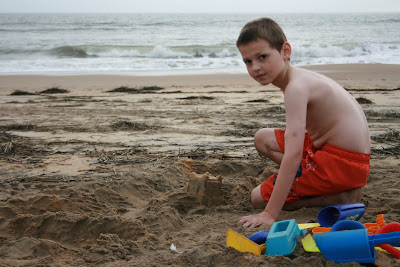 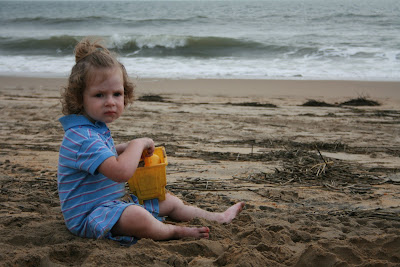 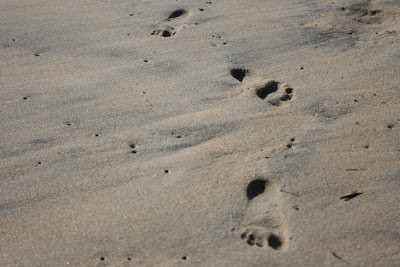 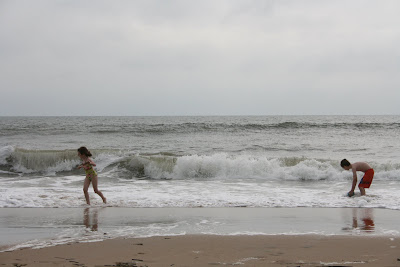 6. Just when you're ready to walk out the door, what's that smell?

5. Trouble navigating hallways with your luggage cart filled to the top with kid gear, that bump was a kid!

4. I know! We'll rent those fancy bikes that we can all fit on. Oh wait, we have four kids and not ONE of them can reach the pedals to help, oops.

3. That's weird how sand is sticking to only one side of the 'anonymous' child's leg. It's almost as if they peed their pants right here on the beach.

And the number 1 reason to vacation without kids... While buckling child into backpack, a seagull pooped on my head.

Fooled ya!! We had a great time anyway! 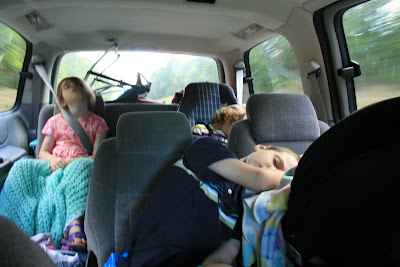 I chose the temple.

I was in a small 2 bedroom apt. that cost 410 a month. I had a boy, 7 months old, one car, and my husband was on campus studying East Asian Studies. We had no t.v., and very few posessions, we were close to celebrating 2 years of marriage.

I remember being in the second bedroom, Playing with Colson, I was holding him, and the phone rang. My frantic older sister was calling she knew I didn't have a T.V. She told me that planes were crashing into buildings, and told me what she knew, and at that point, no one knew much. I asked her if she was sure, and I remember asking her if she was sure it wasn't a movie that she was watching. I know, duh. It just was impossible for me to comprehend.

I ran downstairs with Colson to my 90 yr old neighbors house, and together one life about to end, and another just begun, and watched everything unfold.

I eventually left, called a neighbor that had an extra T.V. and borrowed it. I was glued to it for weeks.

Little did I know my husband would take an active and important role in fighting for our nation's liberty. We hadn't even comprehended the military as a career choice at that point. And yet for two of the anniversary's since 9/11 Josh has spent time in some "interesting" places.

Today, eight years later, I think about this country what we've been through, how we came together shortly after, and there was a united front in the war on terror. And watching as President Bush NEVER BACKED DOWN. Perhaps he was determined to a fault, who's to say?

I haven't forgot. I won't forget, and I hope you won't either. There is EVIL in the world. LOTS of it. And to the men and women serving this nation, in the armed forces, and political offices that have sworn to protect this nation against ALL enemies FORIEGN and DOMESTIC, do your duty with honor, don't back down, and remember this day.
Posted by Lucy at 7:41 AM 2 comments:

I can't blame Joe (Joe Wilson, Congressman for S.C.), I was shouting at the T.V. right along with him.

Nevertheless, I'd like to predict here and now. B.O. has sealed his fate. The American People are too smart for his rhetoric, and his presidency is finished.
Posted by Lucy at 10:36 AM 4 comments:

No Biggie. Seriously I've got no issues with him telling kids to stay in school, they should.

SO MANY people don't trust him. That's why there were issues. He's shady, and the people he surrounds himself with are shady. That's why there was an uproar. It's not that he can't speak to school kids, it's that many Americans think he's "using" any opportunity to promote the Obama brand. The administration handled it well by handing out the speech the day before. But what they really need to do is figure out WHY people don't trust him, or his legacy along with his presidency will be brief.
Posted by Lucy at 11:02 AM 5 comments:

Choices: Here or There. 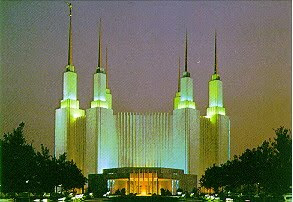 And then I also want to go support the 9-12 project here: 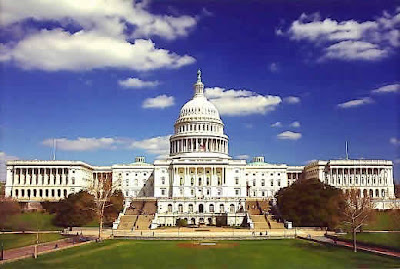 I'll let you know what happens!
Posted by Lucy at 10:38 PM No comments: 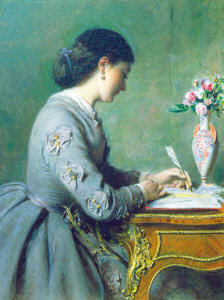 In high school and college, I hated the drudgery of writing papers. It was a constant thing, and annoyed the begeebees(sp?, word?) out of me! However, I did take one class about words: Word Power. I loved it!! I was fascinated at the number of words in the English language - one of my favorites: Comeuppance. What a great word. I also happen to LOVE O'Reilly, I love his show (he has a fun word at the end of each show), and his book, great writing.

Well, in the blogosphere I've discovered some AMAZING talent, and WRITERS, no less, a real, genuine talent. CJane. Brandi. The Meanest Mom. Conversations with a Cupcake, and now I'd like to introduce you to My Sister. She, too has an incredible talent. She wrote an essay once about Dandelions. (Vic, PLEASE share it on your blog) So mark her as a favorite and enjoy the party of words.
Posted by Lucy at 10:02 PM No comments: 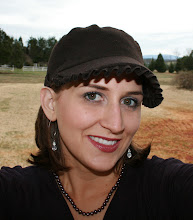